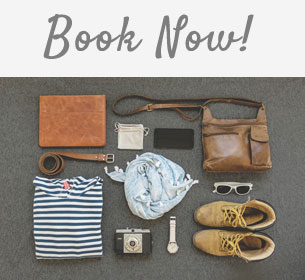 Your Classical India Tour with Lucknow

NOTE: Rate based on 02-03 passengers on twin share basis. 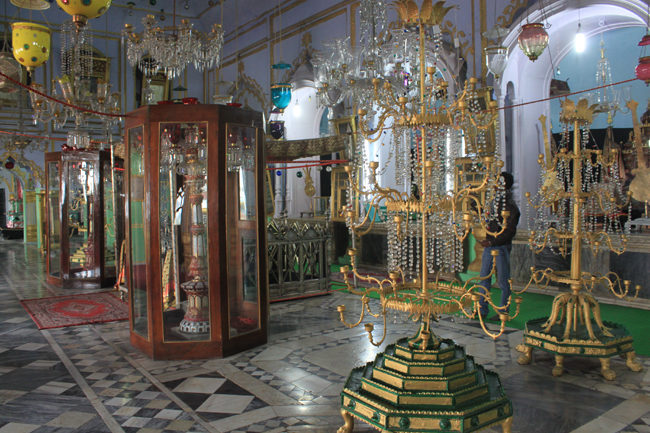 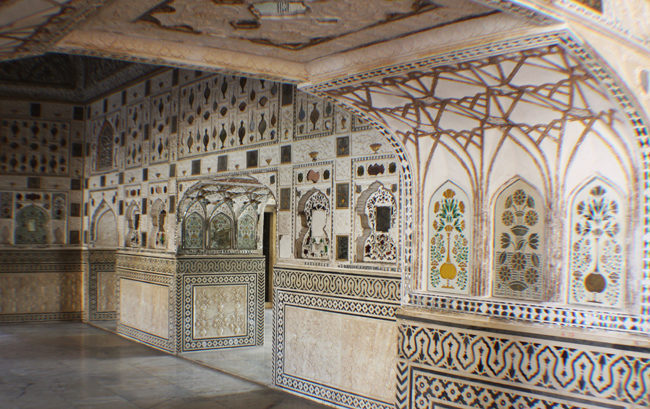 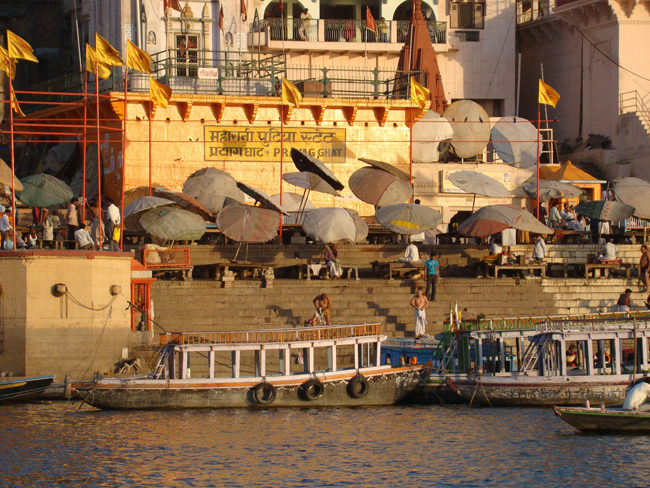 Welcome ceremony on arrival with Mauli ritual. Mauli is a cotton thread which is used in many religious activities. This symbolic tying Mauli on your wrist is our traditional way to start the journey at an auspicious note.

Begin the city's exploration with Old Delhi. Ride a rickshaw to make way through the narrow lanes which are busy in trading. For those who love to cook, a walk through the aromatic spice market, Khari Baoli would add an unforgettable memory of Old Delhi.

Continue to Raj Ghat- a memorial dedicated to Mahatma Gandhi.Visit a Sikh Temple, Gurudwara Bangla Saheb, and get some insight into this amazing religion.

Afternoon, drive past India Gate and the Government Secretariat buildings on the way to the Qutab Minar - the five-storied victory tower to signify the beginning of the Muslim rule in India by the first Muslim ruler, Qutab-ud-din Aibak.

• Later embark on a guided visit of Humayun’s Tomb – one of the finest example of Mughal architecture, built by Hamida Banu Begum for her husband. Unlike most of the other Mughal monuments which were built by men for their wives, this one was built by the lady for her husband.

Jaipur - also known as the ‘Pink City’, for the abundance of pink plastered stone used to build its massive forts, magnificent palaces and exquisite temples. The city built in 1727 A.D by Maharaja Sawai Jai Singh II followed a grid system, which made it the only planned city of its time.

Evening experience Prayer ceremony at a local temple. Attend 'aarti' - the Hindu ritual of offering prayers at sundown, at the ancient Birla temple. Aarti (Prayer) ceremony is the act of showing reverence to a god, a spirit, or another aspect of the divine through invocations, prayers, songs, and rituals.

Visit the imposing Amber Fort. Set on a hilltop overlooking Maota Lake, the fort is an authentic example of Rajput architecture and the Sheesh Mahal (Hall of Mirrors) is one of its more spectacular buildings.

Stop at the Hawa Mahal (Palace of Winds). Its beehive-like structure is interplay of red and pink sand stone, painstakingly outlined with white borders and motifs.

Afternoon embark on a guided tour of Jaipur visiting City Palace and Observatory.

Later explore the local colorful bazaar of Jaipur. Your guide will help you now to explore Bapu Bazar (Market) Jaipur’s ever busy bustling market where you may buy all things quintessentially Rajasthani like salwar kameez sets, bedspreads, cushion covers, jewelry, stones and fabrics.

Visit the ruined city of Fatehpur Sikri en-route. The city which was abandoned later due to political & weather related issues was built in a scientific way using many techniques of ancient era to make this one of the most protective royal residence.

Later proceed to visit the Agra fort, a UNESCO World Heritage site and the stronghold of the Mughal Empire under successive generations. Built in 1565 by the great Mughal ruler, Akbar, the citadel consists of marble palaces, ornate alcoves and terraced pavilions.

Rise early for a dawn visit to the Taj Mahal. It is fitting to see this extraordinary monument by the first light of day as its exemplary beauty is awe-inspiring and will create an unforgettable memory. Mughal emperor, Shahjahan built this architectural wonder to enshrine the mortal remains of his beloved Queen Mumtaz Mahal. Note: Timing subject to change based on the local sunrise timing.

Later check out and start your drive to Lucknow – the city of Nawabs.

Lucknow is a 2500 year-old city of magnificent edifices, gardens, crumbling mausoleums, “imambaras” (tomb of a Muslim priest) and ruins of what were once regal residences. The legacy of the imperial splendor of Lucknow has always fascinated people all over the world. The ambiance of Awadh has commonly been associated with the leisurely habits, etiquette, architecture, food and refinement - all a legacy of Nawabi culture.

After a leisurely breakfast, spend the morning touring “British Lucknow”. Visit the Lucknow Residency where speechless walls are known to speak the gruesome tale of the 1857 mutiny where more than 3000 people were murdered to keep the Union Jack flying.

In the afternoon, enjoy sightseeing tour of Lucknow visiting Bara Imambara. This monument was built as a relief measure for a devastating famine, in order to provide employment to the subjects of the state by Nawab Asif-ud-Daula. Also visit the clock tower which is made with similar precision of Big Ben and Husainabad Imambara, known for its beauty and pieces of décor.

Drive down to the Husainabad Picture Gallery to view and made paintings of Nawabs of Oudh.

The ‘eternal city’, Varanasi or Benares, is one of the most important pilgrimage sites in India, and the Ganges, which flows through the city, is believed to have the power to wash away the sins of mortals. For the Satpious Hindu, the city has always been a special place, and it is considered a particularly auspicious place to die, ensuring an instant routing to Heaven.

In the evening witness illuminated aarti ceremony at Dasahwamedh Ghat. In this century old ritual, the holy river is worshiped with flowers, incense, sandalwood, milk and vermilion. First the blazing camphor lamp and then the many flamed aarti lamps are raised high and then arched back to the water, the dark river reflecting the golden flames as Ganges accepts the worship.

Discover India’s spirituality from another perspective — by taking an unforgettable sunrise boat ride on the Ganges, floating past ghats as worshipers begin to appear on the banks.

Morning, visit some of the other important sites in the city with your guide. Dotted with temples, the city's principle shrine is the Vishwanath temple, dedicated to Shiva.

Afternoon take a guided excursion to the Buddhist city of Sarnath, just outside Varanasi. The place Buddha chose to deliver his first sermon, Sarnath is as holy to the Buddhists as Varanasi is to the Hindus.

Afternoon transfer to International airport to connect your flight for onward destination. 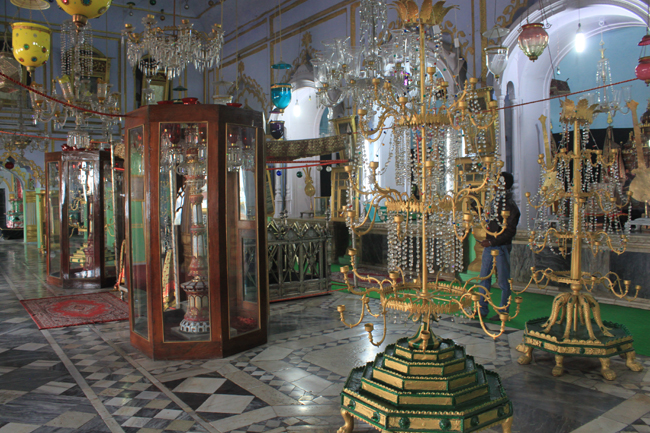 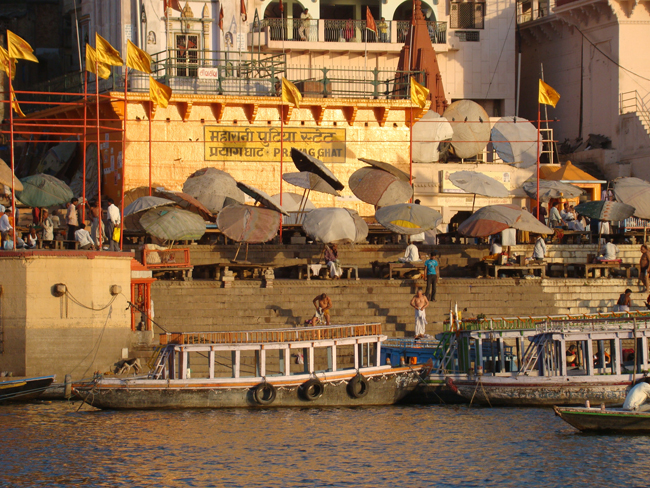 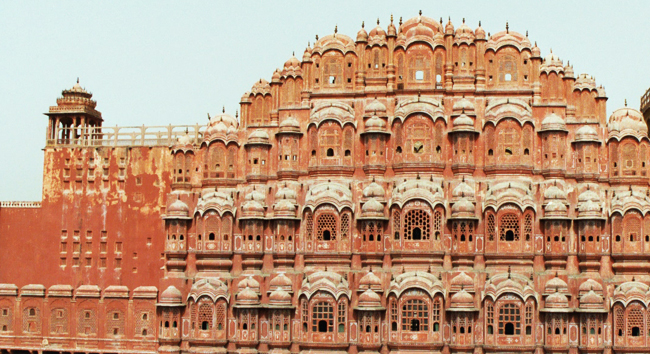 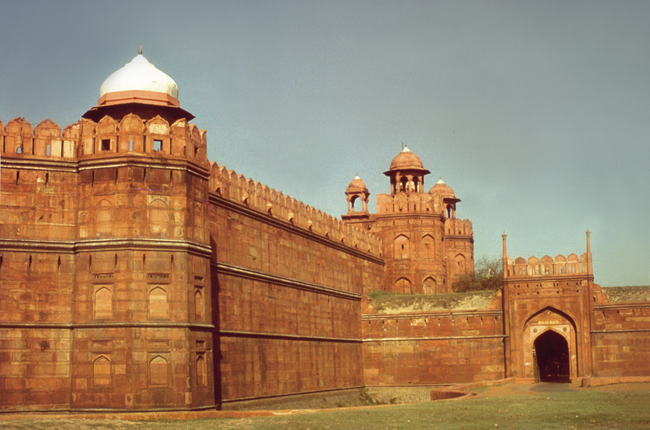 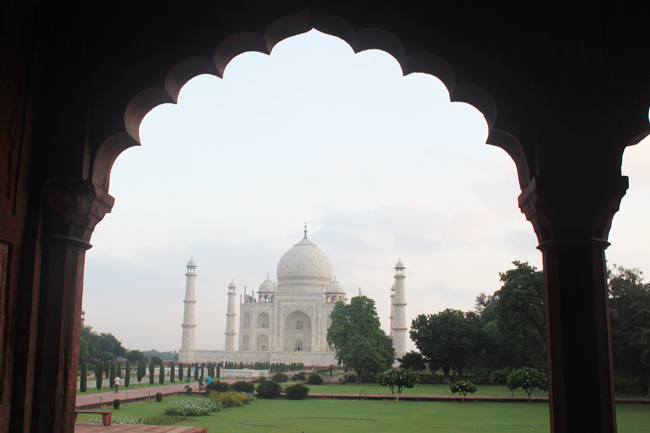 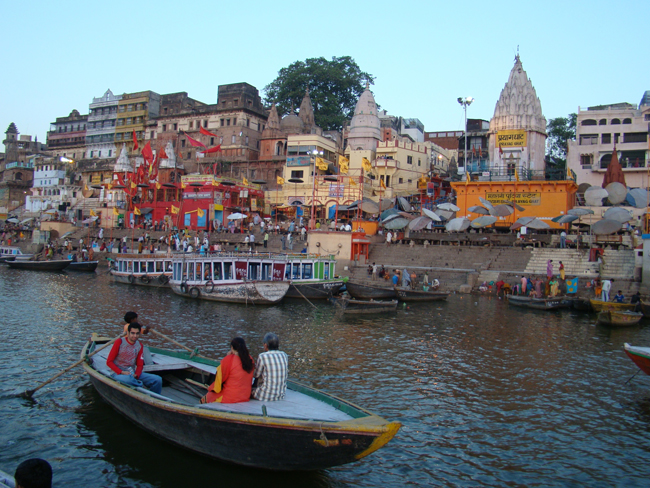 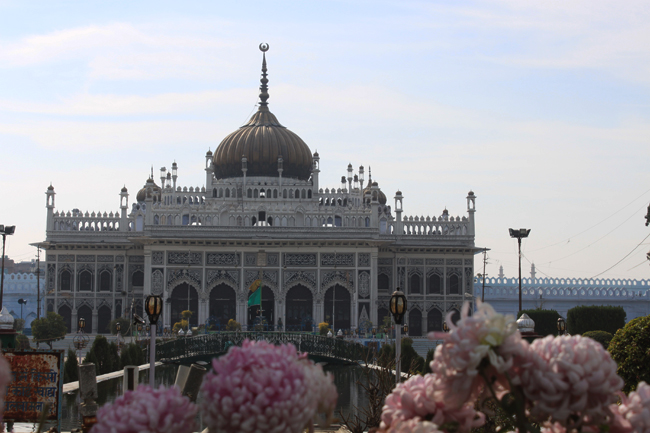